I've been drinking coffee every day for almost 10 years now, and I've always used some sort of "regular" coffeemaker (by regular, I mean your standard Mr. Coffee, Black & Decker, etc.).

Recently, my $30.00 Mr. Coffee that I had for several years got to where the coffee was not hot - possibly due to my recent move to Nashville, where the water is harder than in Memphis, where I used to live. I suspect that scale built up on the heating element.

I went to Wal-Mart to look at replacement coffeemakers. They had the standard units, and they had the Keurigs and their clones, which seem to be very popular these days. I have several friends who have raved about the Keurig single-cup units. But I'm not a fan. I visited some friends who had a Keurig, and had the opportunity to drink several cups of coffee from the Keurig, and I was not impressed with the product. Not to mention, they're expensive - about $150.00.

Next to the other coffeemakers, I saw this BUNN unit. It was different in appearance than the other units - definitely had a commercial/industrial design, which I liked. This came as no surprise, as I'm very familiar with BUNN, as I worked in the restaurant business in my teens and early twenties, and virtually every restaurant that serves coffee uses a BUNN-O-MATIC machine. The BUNN has only two controls - a lighted switch on the front of the unit that controls power to the warming plate (has nothing to do with brewing), and a power switch on the left side of the unit, which BUNN calls the "vacation switch." More on that later.

As a matter of fact, according to Wikipedia, BUNN-O-MATIC was the world's first company to introduce an automatic-drip brew coffee machine, in 1963, and also the first to introduce a commercial-quality auto-drip brewer for the home market in 1972.

The machine was expensive, compared with the run-of-the-mill coffeemakers that I had experience with, and I wondered why. So, I decided to do some research on the BUNN.

What I found was that the way the BUNN brews coffee is the same as their commercial units, which is a little different than your typical home coffeemakers. The BUNN has a water tank that keeps the water hot all the time, and keeps it at the proper temperature to brew coffee (190-200*F). This design has some benefits:

- Water is always at the ideal brewing temp; the unit doesn't have to struggle to bring cold water up to temp. Most conventional home coffee units make inconsistent coffee as a result of different water temperatures out of the tap. For example, I've found water temp out of the faucet to vary greatly from winter-summer. Wimpy heating elements in Mr. Coffee-type units can't compensate, and the result is inconsistent brew temps, and inconsistent coffee.

- Short brew time. Since the unit doesn't have to take the time to bring water up to temp, the brew cycle is very fast compared to conventional units (about 3-4 min. for a full pot, 90 seconds to 2 min. for 1/2 pot. The short brew time also contributes to the excellent flavor of coffee that the unit produces (it doesn't over-extract the grind). From what I've read, 3-5 min. brew cycle is ideal - any more and you risk over-extraction, which creates harshness and bitterness.

- High-pressure flowhead. The water flows from the flowhead at a fairly high rate and pressure in comparison to standard units. This results in good extraction, even with the "short" brew cycle.

So, after some research, I decided to give the BUNN a shot. I was a little apprehensive about spending $100.00 on a coffeemaker, but I figured I like coffee well-enough now to justify the purchase, especially if it lasts a while.

It was $99.00 at Wal-Mart. It can be found slightly cheaper on Amazon, I think. There are other versions that BUNN sells that have updated styling, for slightly more money. Personally, I like the old-school, industrial look of this unit.


I've always loved the taste of coffee from cafes and restaurants. I've noticed that it tastes "different" than what I make at home. I've tried buying different brands of coffee in the past, in an attempt to reproduce the taste of coffee that I get when out at restaurants and cafes. I've always failed; the coffee has never tasted the same when I make it at home. That changed when I bought the BUNN - the coffee it makes tastes just like the coffee I get out at restaurants and cafes, because most of them use a BUNN unit, which uses the same brewing process as this unit!

If you're used to a conventional Mr. Coffee or Black & Decker-type unit, it takes a couple of pots to get used to the flavor the BUNN produces. Coffee from the BUNN is smoother, but richer, as well. I always drink my coffee black, so I'm sensitive to flavor, perhaps more than those who use cream/sugar. I've noticed that the high water temp brings out some flavors in the coffee that my other coffeemaker didn't, as well.

Personally, I use about 1 tbsp. of coffee per 4 fl. oz. of coffee in the BUNN. For example, my normal morning intake is about 20 oz, and I use 5 tbsp. for that amount. This is for a medium grind from my burr mill.

One thing about the BUNN is that it will use a lot of energy if left plugged in all the time, since it's essentially "always on," and keeps the brewing water hot all the time. That's what the BUNN-dubbed "vacation switch" is for. If you know you won't be using the unit for a couple of days or longer, you turn the unit off with the vacation switch. This prevents excessive energy usage when the unit isn't in use, and also cuts down on water evaporation.

It takes about 15 min. for the unit to heat the water on initial setup, or if the unit has been off for a while. Personally, I got around this by getting a $15.00 timer from Wal-Mart. It's digital, and I can program up to 15 on/off cycles per week - different on/off times every day if I want to. I just set the unit to come on 15 min. before I wake up every day, and go off after I leave for work.

From everything I read about the BUNN units online, it seemed that most of the failures people had experienced with the BUNN, as well as with other coffee units, were due to hard water forming scale buildup. So, since the water from the tap isn't that great here anyway, and I know that water quality is a top factor in brewing a great cup of coffee at home, I bought a ZeroWater water filter (love it - I'll review it in another thread). This will prevent any scale buildup from the hard water.

So, from my experience, I highly recommend the BUNN if you are serious about a great-tasting cup of coffee at home.

A final admonition: If you buy one of these, be sure you follow the setup instructions EXACTLY. The unit must not be turned on before the tank has been filled with water, or the heating element can be damaged as a result of being operated "dry." 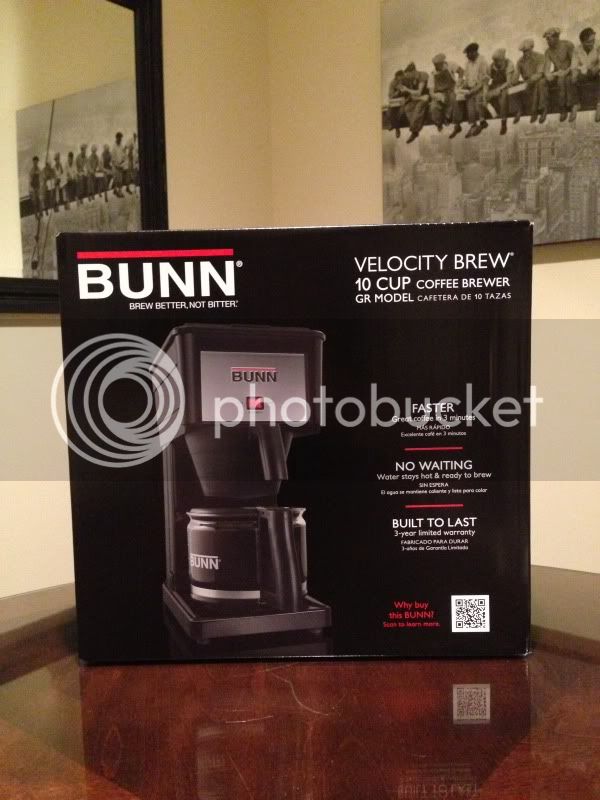 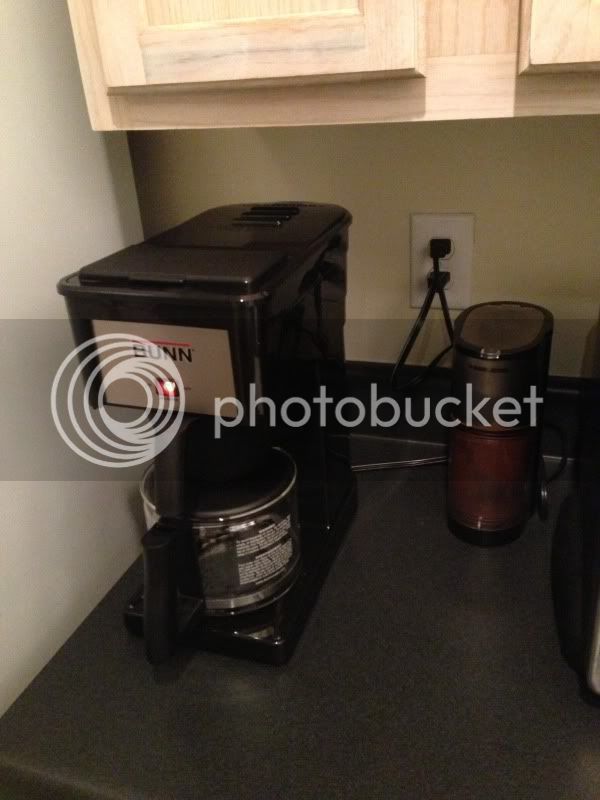 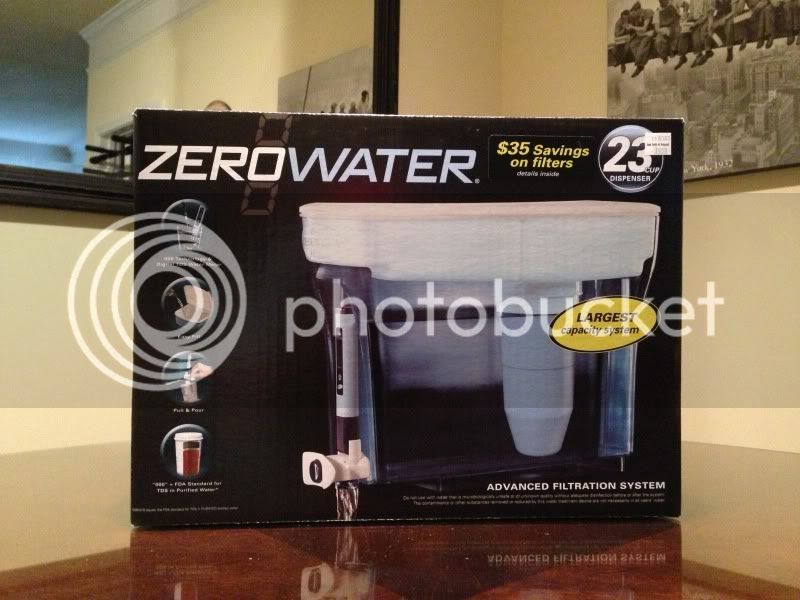 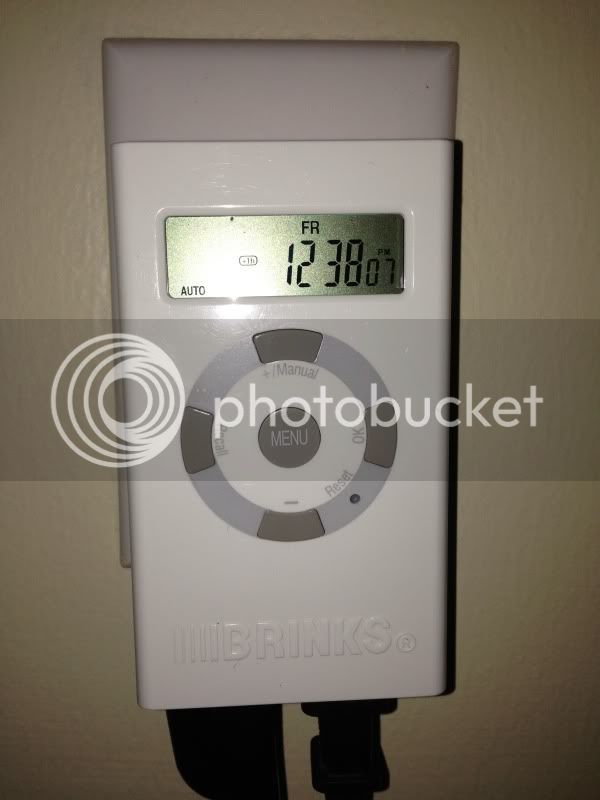 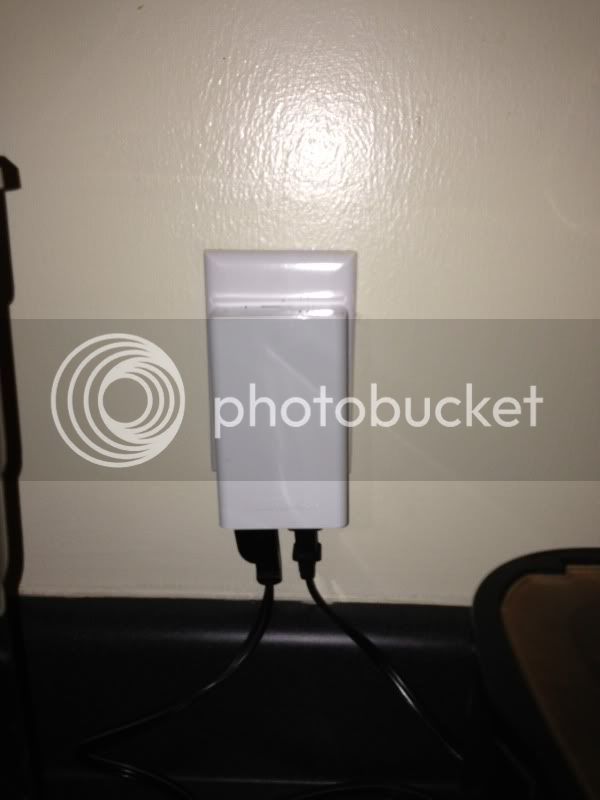 Bunn-o-Matic Corporation - Wikipedia, the free encyclopedia
Last edited: Sep 21, 2013
You must log in or register to reply here.

P
Question about my new Moccamaster.